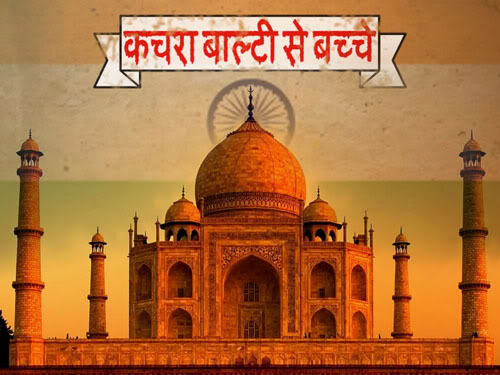 In 2012, as a follow-up the hugely successful GPKUG Garbage Pail Kids Persian Farsi and Dutch Fan Sets, -TCT and Jimbo from GPKUG released the GPKUG Fan Set III – a Hindi version.  -TCT and Jimbo once again collaborated on the concept and -TCT was the art director.  The Hindi Garbage Pail Kids Fan Set III (pronounced Kacara Balti Se Bacce) consisted of 20 cards.  The card fronts have bright green borders and the backs contain original artwork by -TCT.  Card #20 contains a checklist.  There were also two promo cards made for the Hindi GPK Fan set.  The back of one promo card was printed upside down so a corrected promo card was also printed. 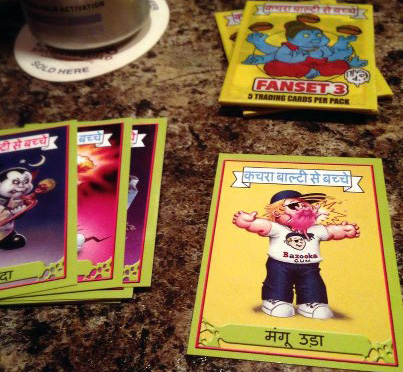 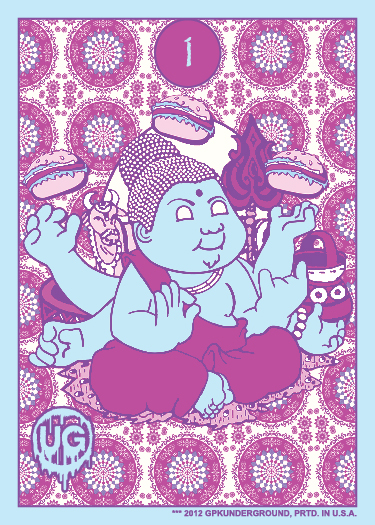 -TCT’s Original Artwork used on the back of the cards 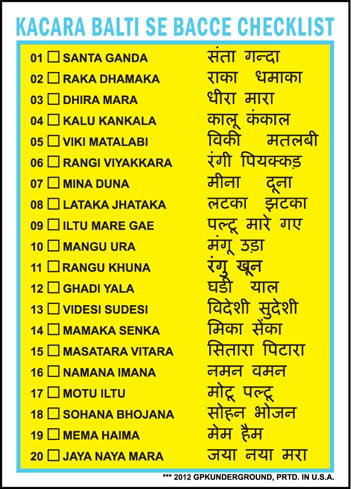 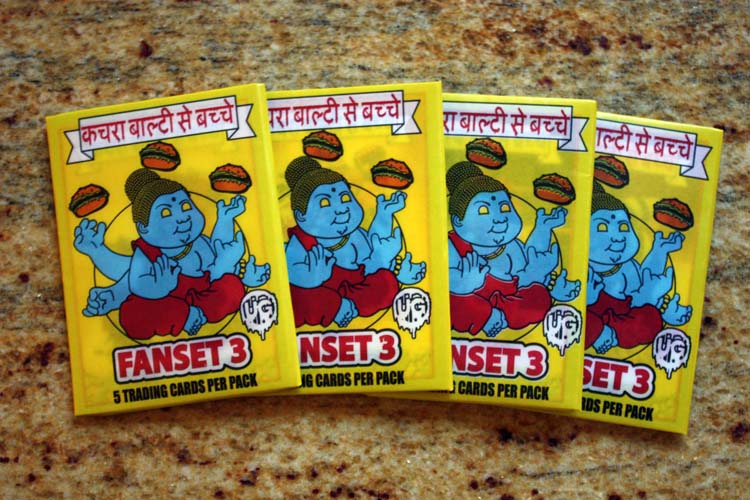 A total of 200 sets of the GPKUG Hindi Fan Set III were printed.  The previous GPKUG Fan Sets had print runs of approximately 50 sets.  The number of sets was increased for the 3rd fan set to meet demands of collectors. 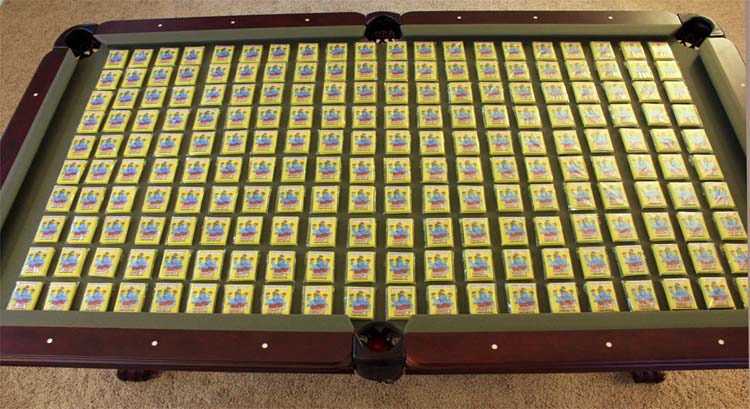 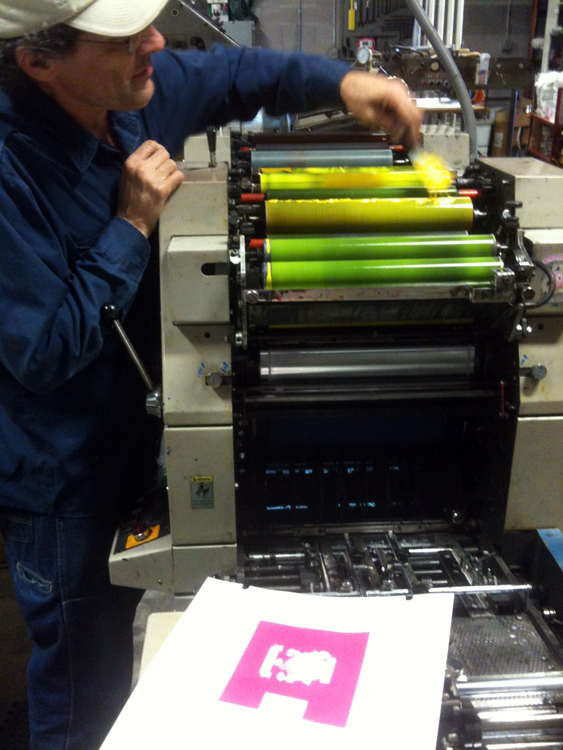 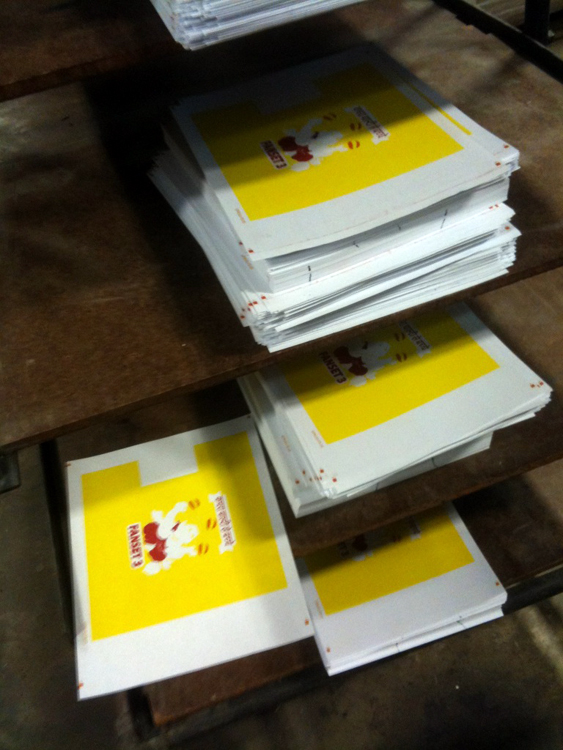 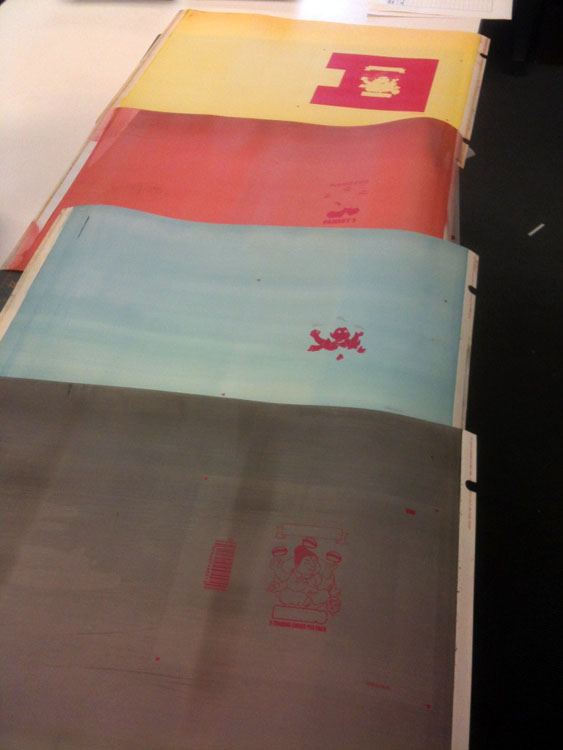 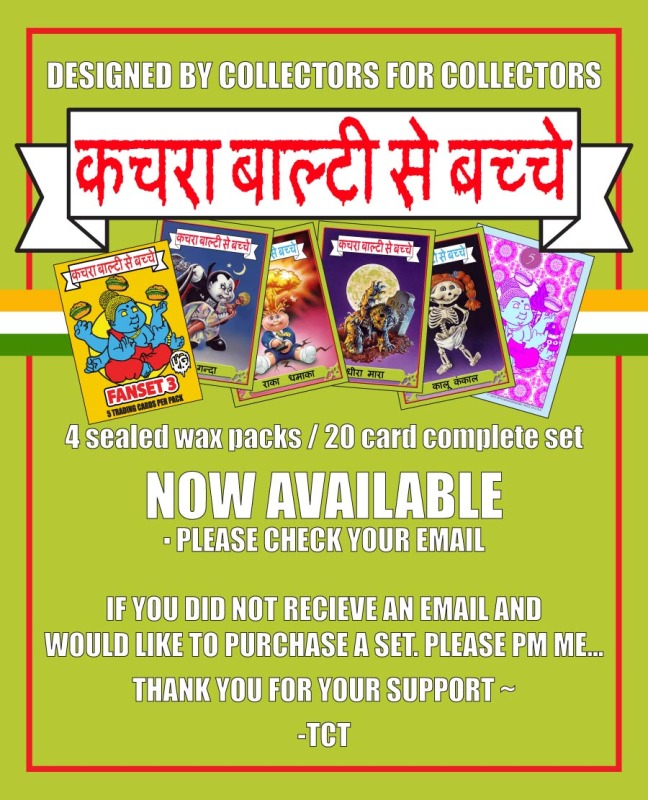 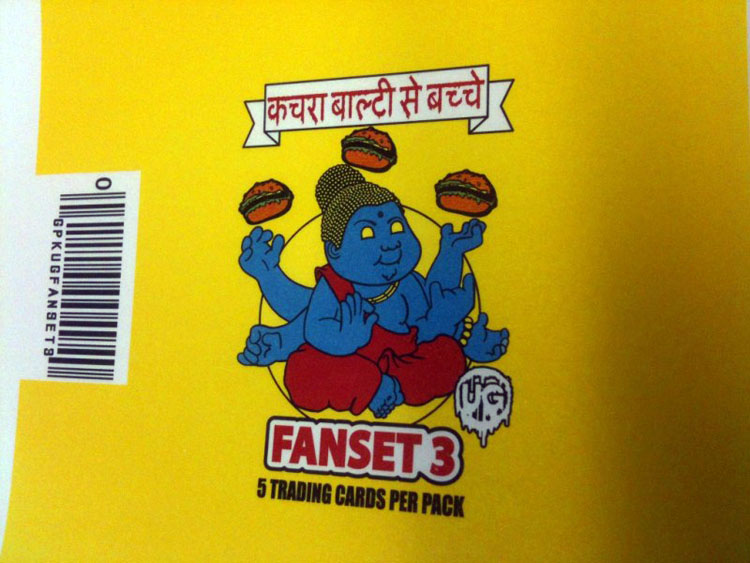 There are a limited number of the GPKUG Hindi Garbage Pail Kids Fan Set III still available.  Please contact me through this blog or contact -TCT or Jimbo over at GPKUG if you are interested in purchasing one. 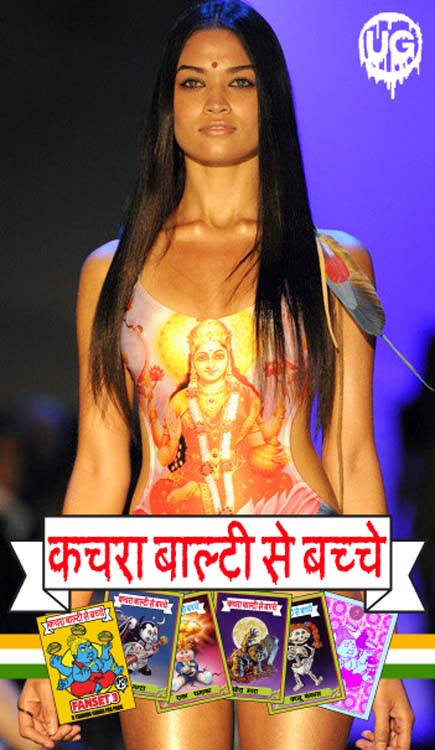